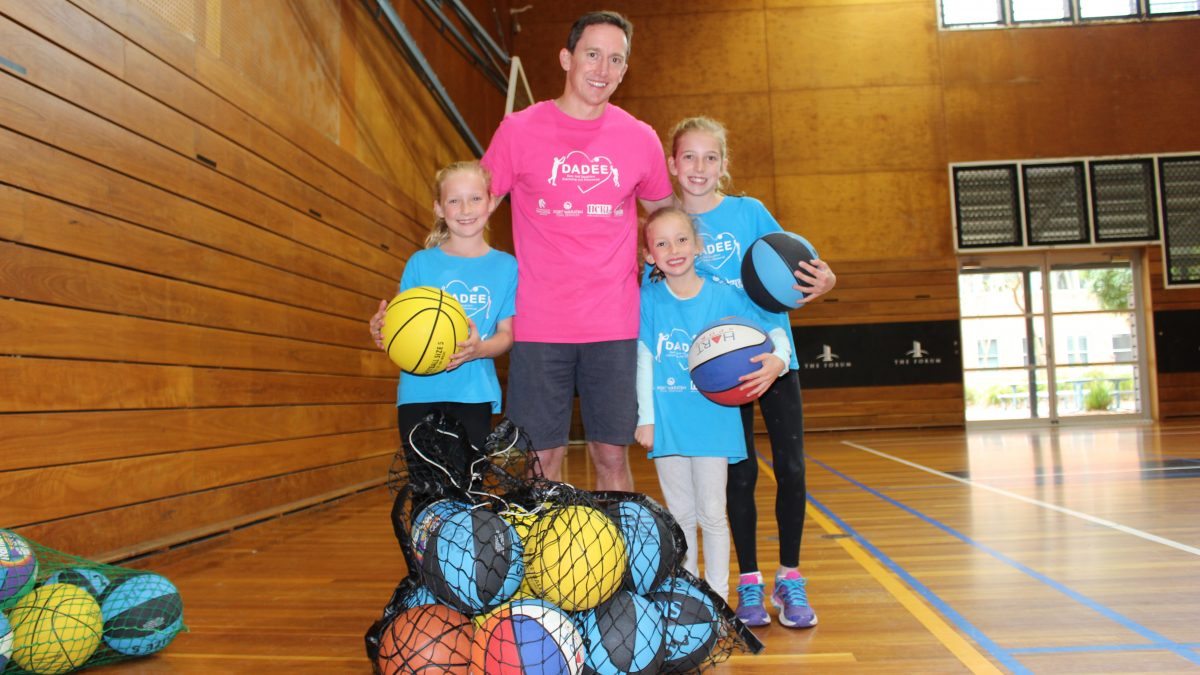 When Professor Phil Morgan and his team founded the DADEE Program they never imagined it would become the massive success it has. The program, which sees the father-daughter relationship as a key strategy to improving girls’ self-esteem, physical confidence and physical activity, is now in its sixth year and having national and international success.

DADEE has won several prestigious national awards, such as the National Association for Prevention of Child Abuse and Neglect (NAPCAN) Play Your Part Awards, which recognises outstanding initiatives that promote the safety and wellbeing of children and young people across the country. It has also been selected to be the key focus of the NSW Government’s strategy, Her Sport Her Way, and will help drive powerful change for women and girls in sport, leaving a lasting legacy for the way women’s sport is played, led, promoted and consumed. Internationally, DADEE is also being implemented in the UK, and more countries look set to adopt it.

‘It all started with a research study of families and obesity prevention,’ says Professor Phil Morgan, Deputy-Director at the University of Newcastle’s Priority Research Centre for Physical Activity and Nutrition.

‘Dads were less likely to do rough and tumble play with their daughters, or practice sports together or engage them in a broad range of community sports,’ says Prof Morgan.

As a father of three girls himself, Morgan had witnessed gender prejudice firsthand, and the different types of clothes, toys and opportunities girls receive. He had also read a lot of literature about girls who have low sports skills and the link with mental health issues, particularly in teenage years. There was also a lot of emerging research at the time on social-emotional wellbeing, self-esteem and family relationships.

Morgan believes it starts from day one for girls.

He says, ‘from the day they’re born, girls are up against it in physical activity contexts. I wondered if there could be benefits from engaging fathers in their daughters lives to improve their physical and emotional wellbeing. I thought, why is there lots of mother and daughter programs but no program for dads and daughters?’

And so the idea for DADEE was born, and Morgan applied for sponsorship from Port Waratah. What started out as a randomised control trial ended up as a commercially viable program with broad societal reach in terms of child development and regional community-based engagement.

Morgan says ‘The end game was always how could we embed the program in the community of Newcastle. We’d already proved that the program improves girls physical activity levels, self-esteem, and relationship with their dads, but we wanted to ingrain it deeper into the community.’

The solution was to train preservice primary and PE teachers studying at the University of Newcastle to become DADEE facilitators. It was such a success that the training has become a Board of Studies approved course and  an elective subject in the university’s teacher education program. The trained facilitators deliver DADEE over four nights a week for nine weeks in school term four. The DADEE program has become so popular that it even has a waiting list.

‘There’s something about DADEE and the way we address the issues facing girls that’s innovative and unique and makes it an overwhelming success,’ says Morgan.

‘None of our achievements would have been possible without the initial funding we received from Port Waratah to conduct those first randomised controlled trials. And their continued support as our major sponsor allows us to develop and expand even further. Our next step is to explore the long-term impact of DADEE, for girls, fathers, families, school communities and the broader Newcastle community.’

DADEE is a world-first and evidenced-based lifestyle program that targets fathers as key to improving their daughters’ physical activity levels, sports skills, and social-emotional wellbeing. The DADEE program has been made possible by the support of partners Port Waratah Coal Services, Hunter Children’s Research Foundation, Hunter Medical Research Institute and Nimbler Digital.