Daughters and Dads Active and Empowered

Daughters and Dads Active and Empowered, is a world-first, lifestyle programme that employs fathers as the key to encouraging their daughters’ physical activity levels and improving their emotional well-being.

The weekly programme includes both education sessions and practical sessions featuring a wide variety of sports and fitness activities to develop the girls’ physical skills such as ball throwing and kicking, hand-eye coordination and aerobic fitness. The key to success is that the girls participate in the programme in a fun and encouraging environment alongside their dads.

Professor Phil Morgan who is the Deputy-Director at the University of Newcastle’s Centre for Active Living and Learning said it all started with a research study of families and obesity prevention.

“We found that a gender prejudice existed around the way dads involved their daughters in physical activities,” Professor Morgan said. “Dads were less likely to do rough and tumble play with their daughters, practice sports together or engage them in a broad range of community sports.”

And so, the idea for the Daughters and Dads Active and Empowered programme was born, and it was able to become a reality with funding from Port Waratah.

Starting out as a trial in 2015, the programme has now become so popular there is a waiting list!  Another marker of the programme’s success is that training of facilitators is now a NSW Board of Studies approved course and an elective subject at the University of Newcastle’s teacher education programme.

Since 2015, over 660 fathers and 760 daughters have enjoyed the benefits of the programme in the Newcastle region. In addition, over 180 in‐service teachers and pre‐service Health and Physical Education and Primary Education teachers from the University of Newcastle have trained to become programme facilitators.

“Our results not only showed that dads and daughters were more active, but that the girls also felt better about themselves, had stronger relationships with their fathers and were doing more activities together as a family.” says Professor Morgan “It is very rewarding to provide a programme that strengthens the bond between fathers and daughters, affirming to dads that they matter in their daughters life and that supporting her in the physical domain can have profound holistic benefits,” Professor Morgan said.

In 2019, the NSW Government awarded $2.4 million for the programme to be rolled out across NSW in collaboration with the Office of Sport as a key component of the ‘Her Sport Her Way’ strategy to improve female participation in sport. This grant has also facilitated the development of sport-specific programme variants in collaboration with major NSW and national sporting organisations including Cricket NSW and Cricket Australia, Basketball NSW, Gymnastics NSW and Football NSW. So far outside the Hunter region, 389 fathers and 402 daughters have taken part in the programme, however this is expected to grow exponentially from 2022.

Internationally, the University of Newcastle team partnered with Women in Sport UK to deliver the programme across England, funded by a $1 million grant from Sport England. The culturally adapted programme has been delivered to over 175 families so far and more countries look set to adopt it. Professor Morgan has delivered facilitator training workshops via ZOOM to a research team in Austria who will be adapting and delivering the programme to families in Austria in 2022.

“None of our achievements would have been possible without the initial funding we received from Port Waratah to conduct those first trials and generate the evidence. And their continued support as our major sponsor over the past three years has allowed us to develop and expand even further and explore the long-term impact of the programme, for girls, fathers, families, school communities and the broader Newcastle community,” says Professor Morgan.

“Our vision is for the programme to be rolled out nationally and internationally and to live on so people across the globe can benefit.”

Daughters and Dads Active and Empowered has received national and international recognition including,

The program has also been selected to be the key focus of the NSW Government’s strategy “Her Sport Her Way” to help drive powerful change for women and girls in sport, leaving a lasting legacy for the way women’s sport is played, led, promoted, and consumed. 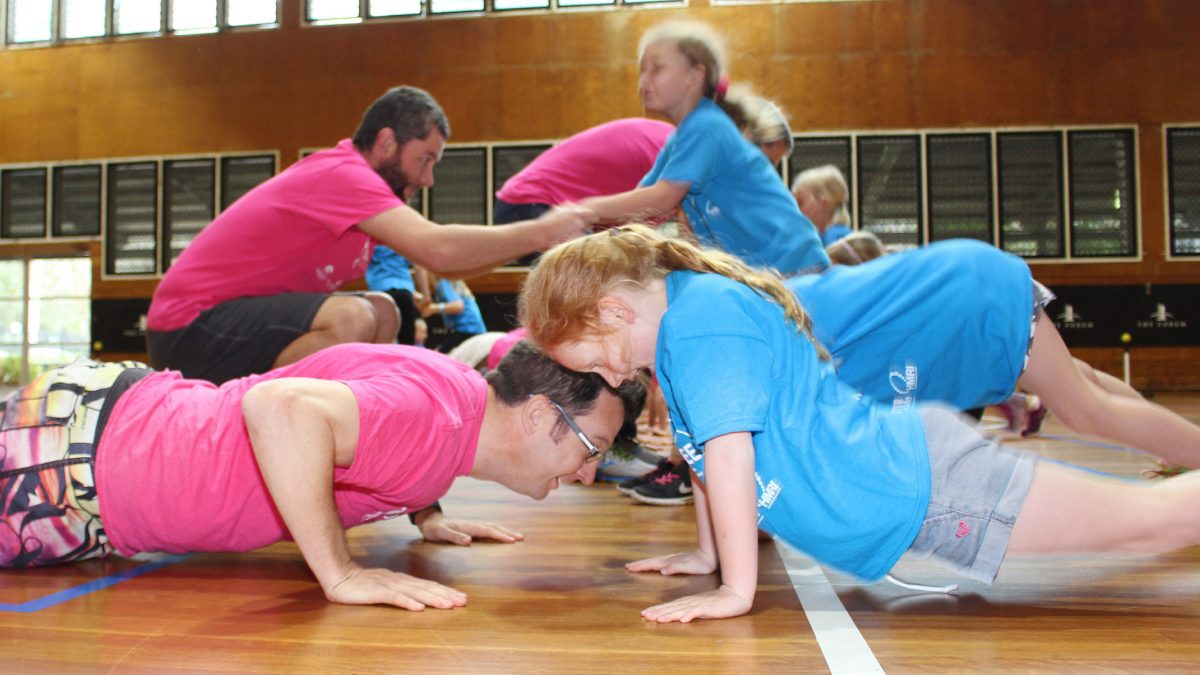