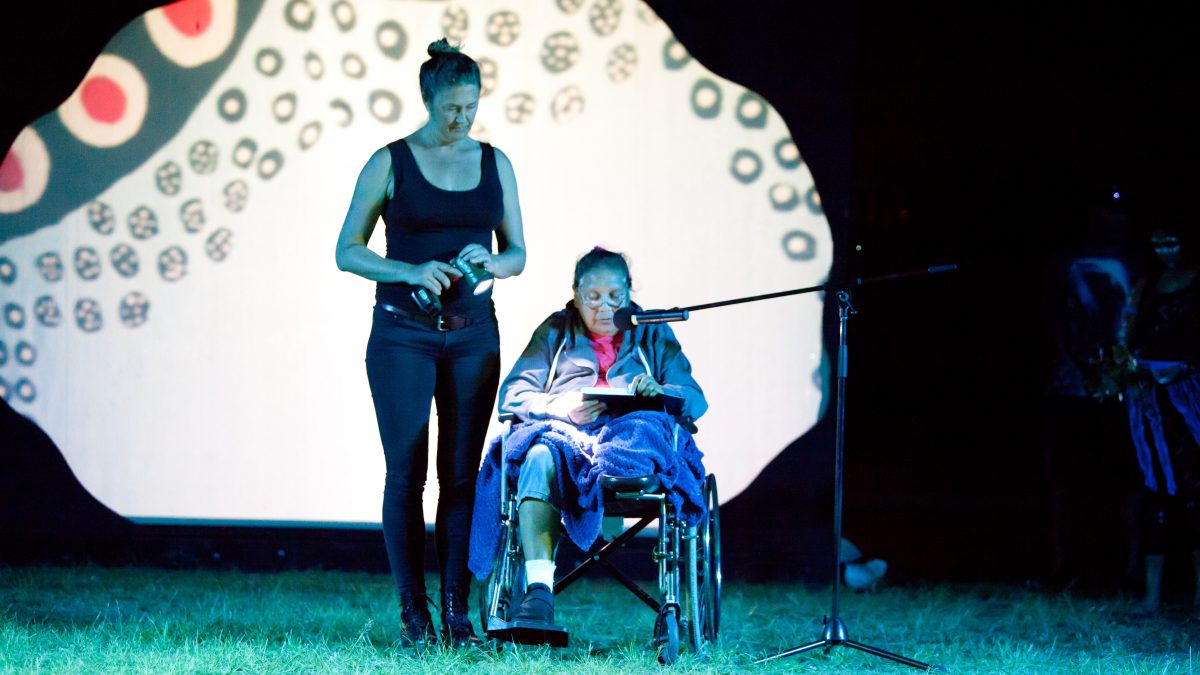 Jack’s Place gave Newcastle’s Indigenous Worimi community a voice, and a chance to share their little-known story through a large scale and collaborative creative arts project. Organised by Newcastle theatre company Curious Legends and Gimbay Gatigaan Aboriginal Corporation, Jack’s Place combined arts workshops, puppetry, dance and theatre classes at five schools. It culminated in a one-night performance on the banks of Throsby Creek in Carrington, which included Bloodline Sista Girls, an Aboriginal dance group from the local Worimi mob as an integral part of the performance.

‘The idea for the project was literally born on the banks of the creek,’ says Mitchell Reese, CEO of Curious Legends who is no stranger to large scale creative community projects.

‘I was chatting with Worimi elder Debbie Dates about her family and what it meant to grow up Worimi in Newcastle. She told me about her brother Jack, about his life, and the time he spent down at Throsby Creek, and how it was a major source of food and medicine. We realised there was a whole story there that we wanted to tell. A lot of Newcastle’s history tells about Awabakal people, which is wonderful, but a number of Worimi don’t identify as Awabakal. Jack’s Place gave them a chance to share their rarely heard voices,’ says Reese.

Through craft workshops, as well as dance and theatre classes entire communities and children from five local primary schools were engaged in the project. Their creations were used as part of the performance. At Waratah West Public School and Fern Bay Public School two Indigenous elders, Debbie and her husband Warren Towers, taught the children how to make traditional crab pots from bicycle rims. At Carrington Public School a sound track was created, and at Glendore Public School the children made shadow puppets and took part in dance workshops. At Waratah Public School the kids made a five metre-long stingray puppet that illuminates from within.

Reese says, ‘The response of the children was amazing, particularly the Aboriginal children. There was such a high degree of pride. We would start the workshops with “hands up here if you’re Aboriginal”, and a few kids would raise their hands. For them being able to acknowledge their heritage was such an amazing experience.

‘And seeing all the creativity come to life in the performance was spectacular. The Worimi mob was very enthusiastic, in fact they had a lovely story. During the end of the performance, when it was quite dark, five pelicans flew across the creek in formation. They said, “pelicans don’t do that at night and we’ve lost five family members over the past two years, so we reckon that was them”.’

‘It’s been a joy to help inspire these kids and to teach our community more about the Worimi people in such a collaborative and creative way.’ 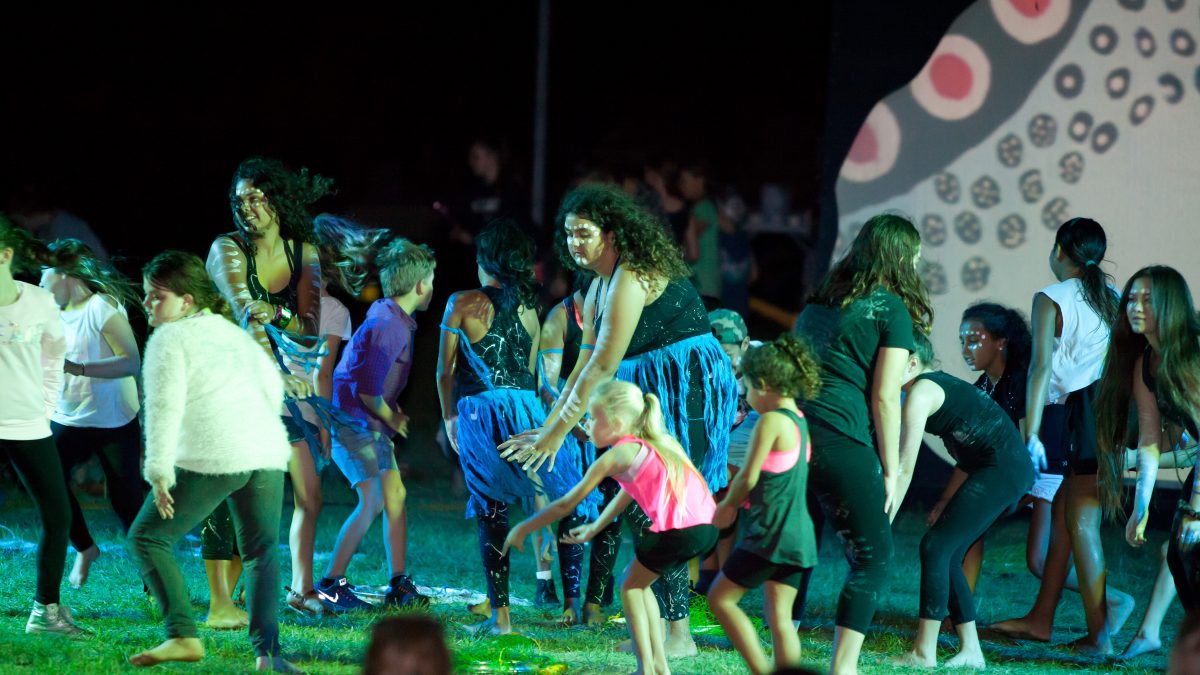 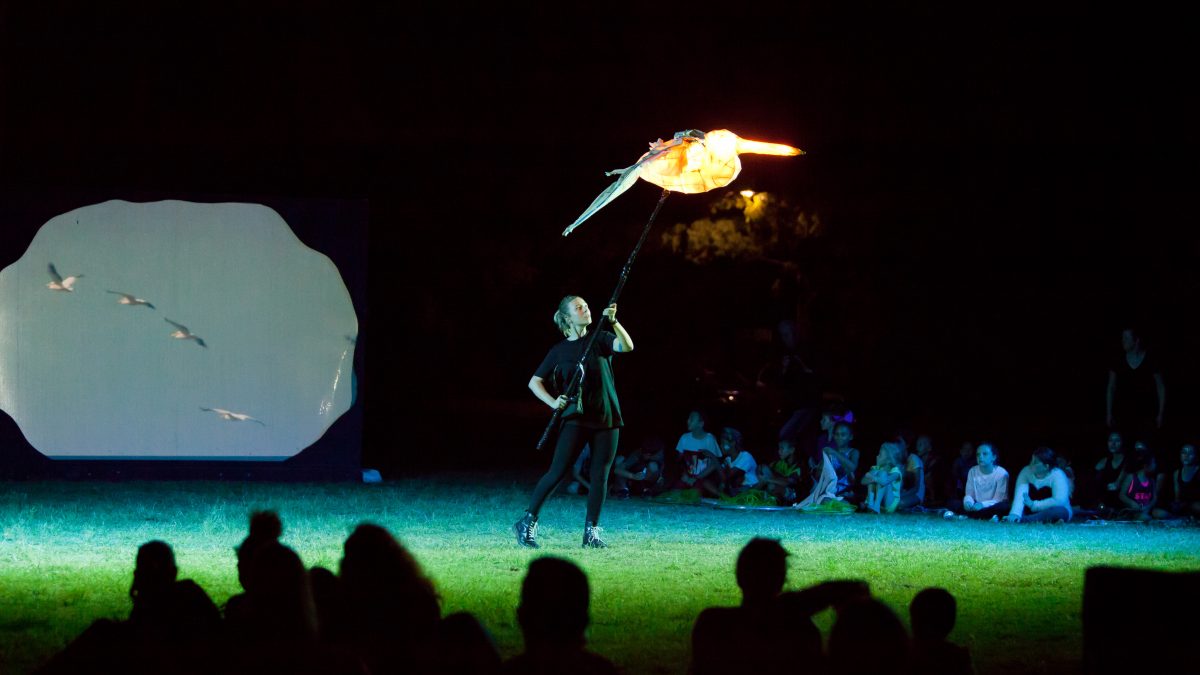 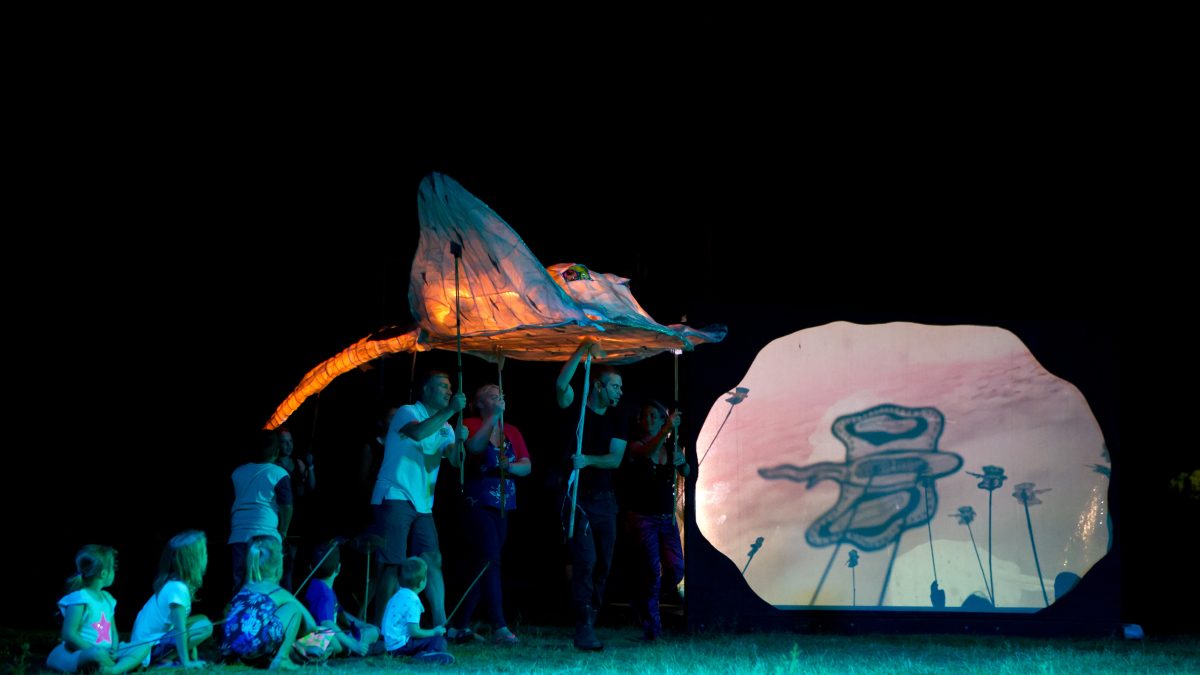 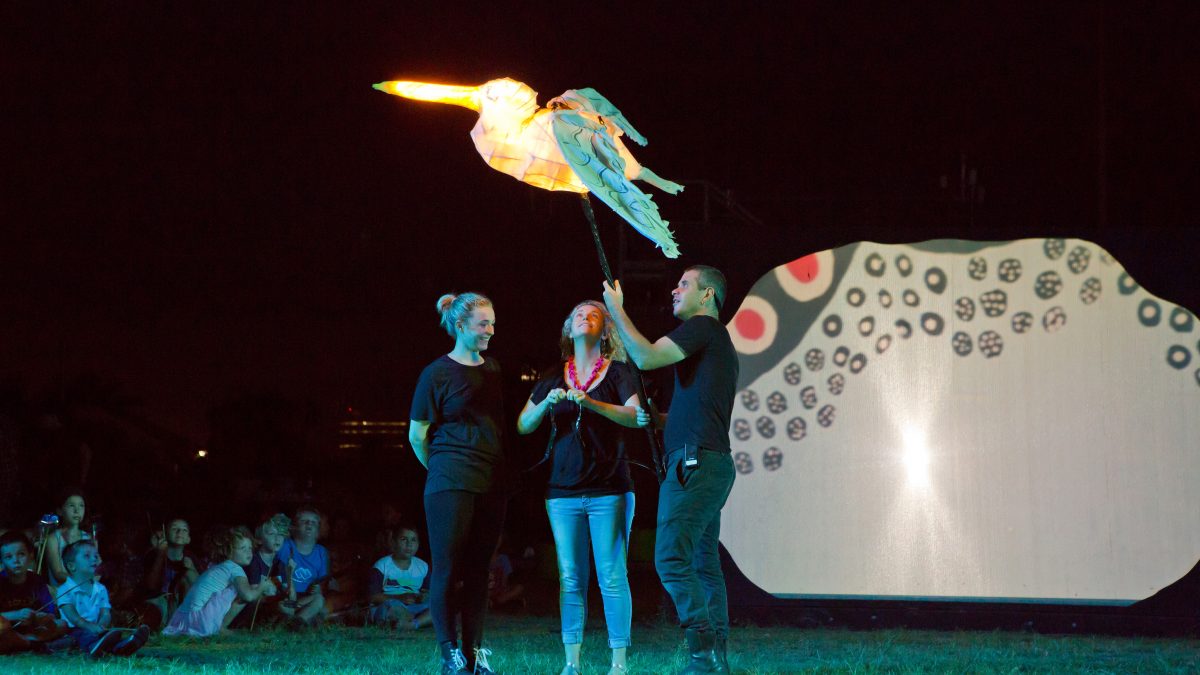 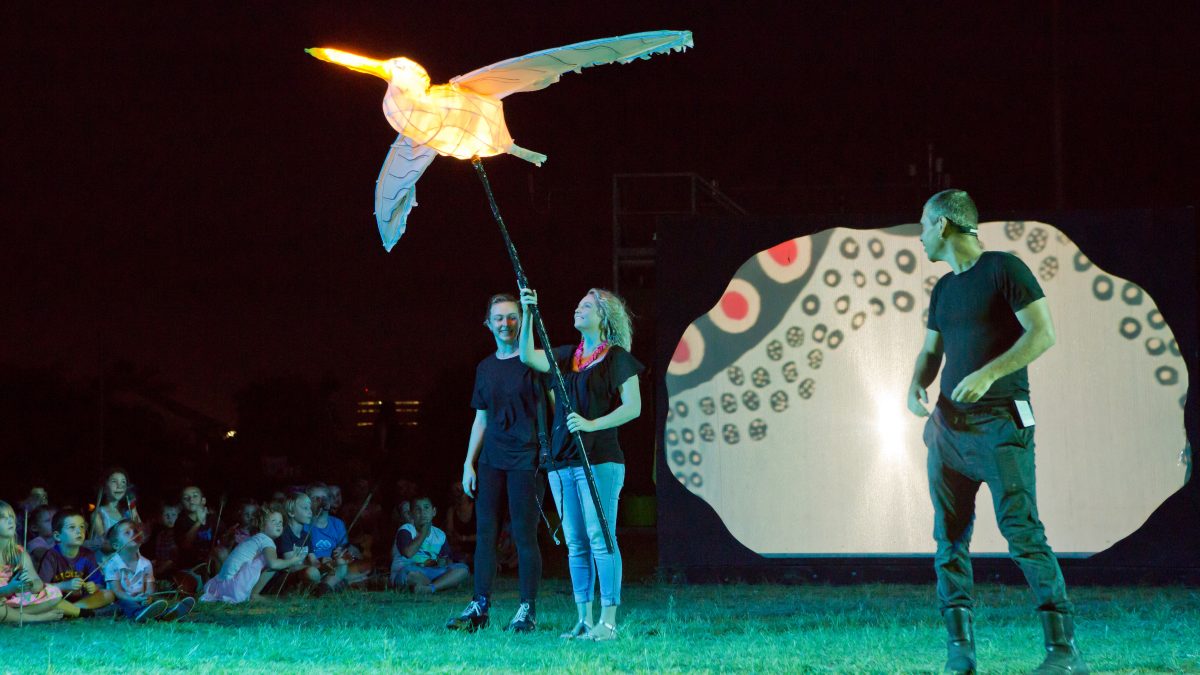